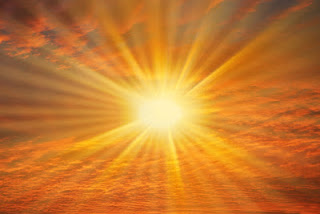 Today has been a very pleasant one. Seeing the glorious sunshine outside I just HAD to get out and enjoy it. Having a lot of washing to hang out meant I didn’t feel frivolous just soaking up the rays. Washing hung and more still being done. By the way, what is it with small children and washing? I swear they can get themselves dirty just by breathing. Well, today they did a lot more than just breathe, and boy were they dirty! And gloriously happy and probably a little cold too. Whilst they painted things with muddy water and paint brushes, drew with green crayon on the hot water heater, dropped pebbles all over the lawn and then picked them all up again after getting in trouble for it, jumped on the trampoline, swung on the swings, dug up worms, fed the chooks and found a crysalis, I started dismantling the trampoline and fed all my seeds and pot plants with some Seasol. Stoked to see it is 100% organic too. I also planted my sage seedlings in various pots too so my thumbs got a little more greening today as well. Yay.

Anyway, once the “work”was done I just lay on the trampoline on my tummy and did some reading online. It was bliss! And informative too. Thoughts of Peak Oil got me thinking and I got to wondering what life was like before the industrial and agricultural revolution. Before petrol and diesel. Way back in the “olden days”. Well, before modern machinery was steam power. Before steam was horse power. Before horse power was donkey, ass and oxen power and before that was shanks pony. Most people had a veggie garden and chooks and most farmers raised their own pigs too. Land often was worked until there was no nutritional value left as crop rotation wasn’t understood and soil nutrition undiscovered. Unless you planted legumes as well your soil would cease to produce the crop you normally grew. Manure, wood ash, and other substances were used with varying degrees of success to re-energise the soil but the science behind it wasn’t understood.

A farmer using a hand plow

Food transport was probably not much farther than the nearest town so food shortages could be quite localised if there had been a local disaster, and at the end of winter like around now you were most probably on some kind of food rationing. Keeping animals was expensive as far as food went too so only wealthier farmers could afford to raise them. Wool was a big money crop and most people only owned a few sets of clothes their entire lifetime as it was just too expensive to buy or make more. Labour intensive too.

Another thing to think of too is foods we consider to be such staples like pasta, rice, potatoes and such weren’t even around or available. Spuds were only brought back from the America’s in 1600 or so! Staples were a grain mush instead. And here’s a statistic that stunned me. 80% of people were in agriculture in the 1300’s compared to less than 2% in the developed world today! We have moved so far away from our food.

It all got me thinking, bringing together a whole lot of aspects and thoughts from A Crude Awakening, The Power of Community and Food Inc. We need to get ourselves back to the land and back to at least having our own veggie gardens and a fruit tree or 2 as most people had back in those “olden days”. If you have the room, keep a few chooks too for eggs. If you own your home and get on well with your neighbours you could even work out who grows what and then divide your crop evenly between you all. When we move I will be moving a lot closer to my dear friend Corrie-Lyn whom I am hoping to be able to play crop swapsies with. We already swap jars of preserves and information and we both bought our canners together. She is one of my greatest inspirations! I am hoping to find other like minded people in Ballan too and I won’t be too far from Gavin either, whom I one day very much hope to meet. He is another huge inspiration and it was his blog that got me started watching the films that have changed my life. And another friend Penny who also has veggies, fruit trees and chooks will be nearly a neighbour too. Both Penny and Corrie-Lyn are Thermomix owners too.

So, I consider that an incredibly profitable day in the garden. Vitamin D, great play time for the children, fresh air, chores done AND some education too.